The Emerging Markets Forum brought together five leading asset managers for in-depth discussions on the key dynamics at play within this asset class.

We were pleased to be joined by David Pilling, Associate Editor and the Africa Editor of the Financial Times and Sophie Hackford, Leading Futurist and Co-Founder of 1715Labs.

All presentations from the sponsor boardroom sessions can be downloaded below.

Switch on to the power of Asia

The case for looking beyond the benchmark in Emerging Markets

China and Asia fixed income: all you need to know

Smaller, fund-led boardrooms will provide you with detailed insight into the sponsoring groups’ funds and allow you to question each fund manager. All delegates will attend all boardroom sessions. 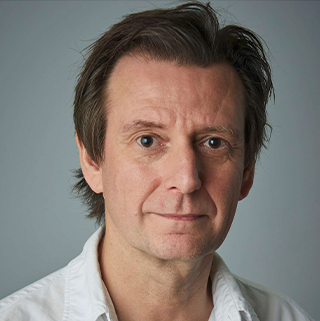 Associate Editor and the Africa Editor of the Financial Times

David Pilling is an Associate Editor and the Africa Editor of the Financial Times. As Asia Editor and the FT’s Tokyo Bureau Chief, David became known for his coverage of business, economics and politics in China, India, Japan and across Asia more generally. He now adds close-up knowledge of Africa, with a particular emphasis on Nigeria and South Africa and some of the continent’s more promising economies. He is also an expert on the fast-developing and geopolitically significant relationship between China and Africa. David has had a long and distinguished career at the FT, starting in 1990 in London on the international desk. From there he was posted to Santiago, Chile in 1993. Between 1994 and 1997 he was based in Buenos Aires, Argentina, before returning to London to become Deputy Editor of the comment and analysis section.

In 2002, he moved to Japan for a seven-year stint as Tokyo Bureau Chief covering the Koizumi years, growing tensions with China and the burgeoning nationalism that was to lead to the rise of the Shinzo Abe. David crystallised his experience living and working in Japan in a book about the country’s social and economic resilience: Bending Adversity: Japan and the Art of Survival. In his latest book, The Growth Delusion: Why economists are getting it wrong and what we can do about it, David explores the pitfalls of how we measure our economy and how to correct them. 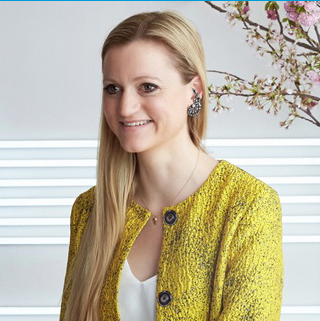 Leading Futurist and Co-Founder of 1715Labs

Sophie Hackford is a futurist. She has given 160 provocative talks to boards and exec teams on novel science and tech, and her clients come from every industry – Adobe, Bank of New York, DeepMind, EY, Vogue. Sophie looks at how technologies change how we live, work, transact and love, by weaving together complex developments in quantum computing, AI, data, asteroid mining or virtual reality. She learns by visiting weirdos and troublemakers in labs, makerspaces, and garages around the world.

Sophie co-founded 1715Labs: a spinout from Oxford University’s Astrophysics Department, labelling data to train algorithms. She is on the board of two growth-stage startups: Not Just a Label, and Classlist. Sophie previously worked at WIRED Magazine, at Singularity University on the NASA Research Park in Silicon Valley, and Oxford University where she raised $120m for frontier-bending research. Despite very real threats, Sophie is an optimist about the future, and is currently writing her first book about what it means to be a futurist in changing times.

Thank you for registering. You should receive an email confirmation shortly.

Sorry, there seems to have been an error. Please try again or email EMF@mipagency.com.